For instance, consider the following pseudo-code

Using a direct passing style, the call can be represented with the following diagram, where the control flow is returned to the call site after function ends it execution. 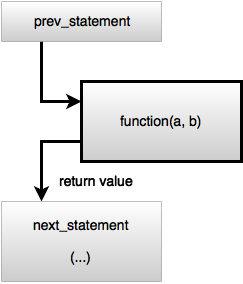 Using the continuation-passing style, the code after the function call is encapsulated into another function, which is passed into the call to function. 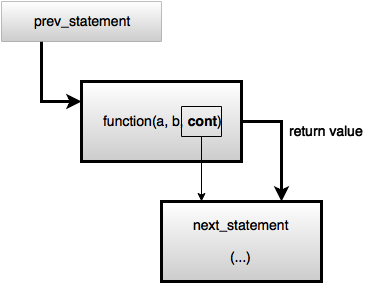 In this case, the continuation, i.e. next_statement is called explicitly by function.

In Kotlin, the continuation is represented by the following interface

which we already saw in the suspendCoroutine function presented in the previous section.

The generated code for any suspend function will receive a Continuation as the last parameter. For instance, the following Kotlin function

By explicitly passing a reference to the continuation code, the CPS style allows the called function to better control when and how the continuation is called. For instance, it can be called synchronously when the function ends its processing, producing something very similar to what is obtained with the direct style. In this case, the complete flow happens in the same thread. 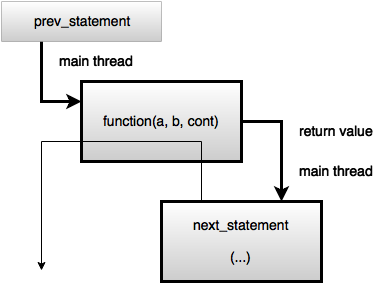 However, the called function can decide to call the continuation on a different moment in time and on a different thread, for instance by scheduling its call on a Java’s ScheduledExecutorService. 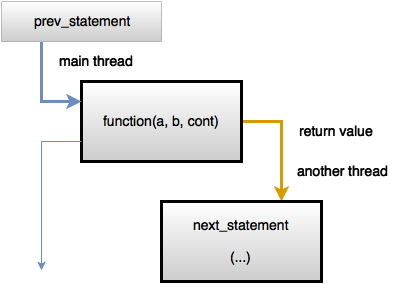 In this case, the main thread exits from function before the continuation is called, on a different thread. Again, this is only possible because function has direct access to the continuation reference and can decide how and when to call it.

The following suspend function and associated diagram illustrates this process. 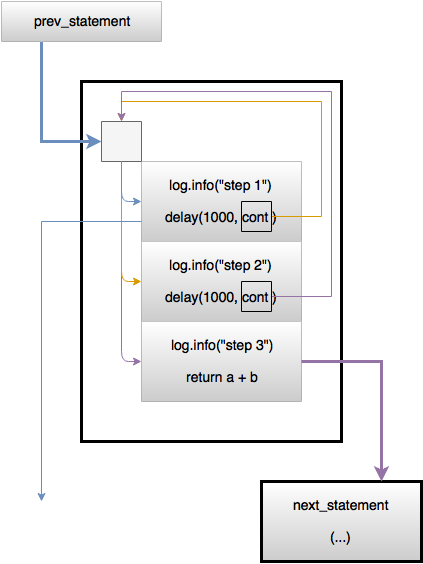 We are now in a better position to understand the relation between suspending function and coroutines:

In reality, things are a little more complex than described until now, because a call to a suspending function doesn’t always need to suspend and provide the result via the continuation. The Kotlin coroutine model allows a suspending function call to complete synchronously and provide its value on the return and never call the continuation. This additional behavior exists for two main reasons:

Due to this the code generated for a suspending function has to always cater for both situations. It does so by observing the object returned from the suspending call function: 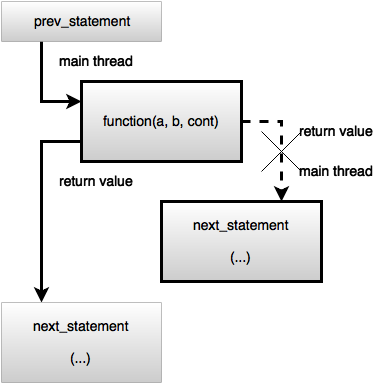 Fortunately, all this is taken care by the compiler generated code and no special care is need on the Kotlin source code.